The operational and infrastructural overhead involved in running and maintaining cloud-based solutions is often massive. There is considerable effort and expenditure in the construction and scaling of storage systems for tons of user metadata and other in-house files. Dropbox, the file hosting pioneer, is a success story about how cloud costs can be minimized by intelligently managing your infrastructure.

Dropbox, after having been a successful private enterprise leveraging AWS infrastructure, decided to shift partly to an in-house setup before going public. While going from being a startup to a conglomerate hosting data belonging to hundreds of millions of users, the organization carried out what it referred to as infrastructure optimization. In this article, we will discuss the infrastructure optimization story of Dropbox and attempt to extract the best learnings from it.

What Does OpEx Mean?

With the concerted shift of the IT industry from traditional on-premise infrastructure to the cloud computing model, cost management paradigms have also changed. While the traditional model involved a majority of Capital Expenditure (CapEx) in relation to acquiring physical business assets, Operational Expenditure (OpEx) consists of cloud-related expenditure, in the form of subscriptions, software licenses, web hosting, etc.

Outside the cloud computing domain, OpEx can be plainly defined as the expenditure of carrying out day-to-day business operations, also known as 'overhead'. These operations are required to support the overall running of the business itself. For cloud-based infrastructure, these operations entail infrastructure repair and maintenance, research and development, software support, leasing of physical space for data centers, ongoing web hosting, and more. 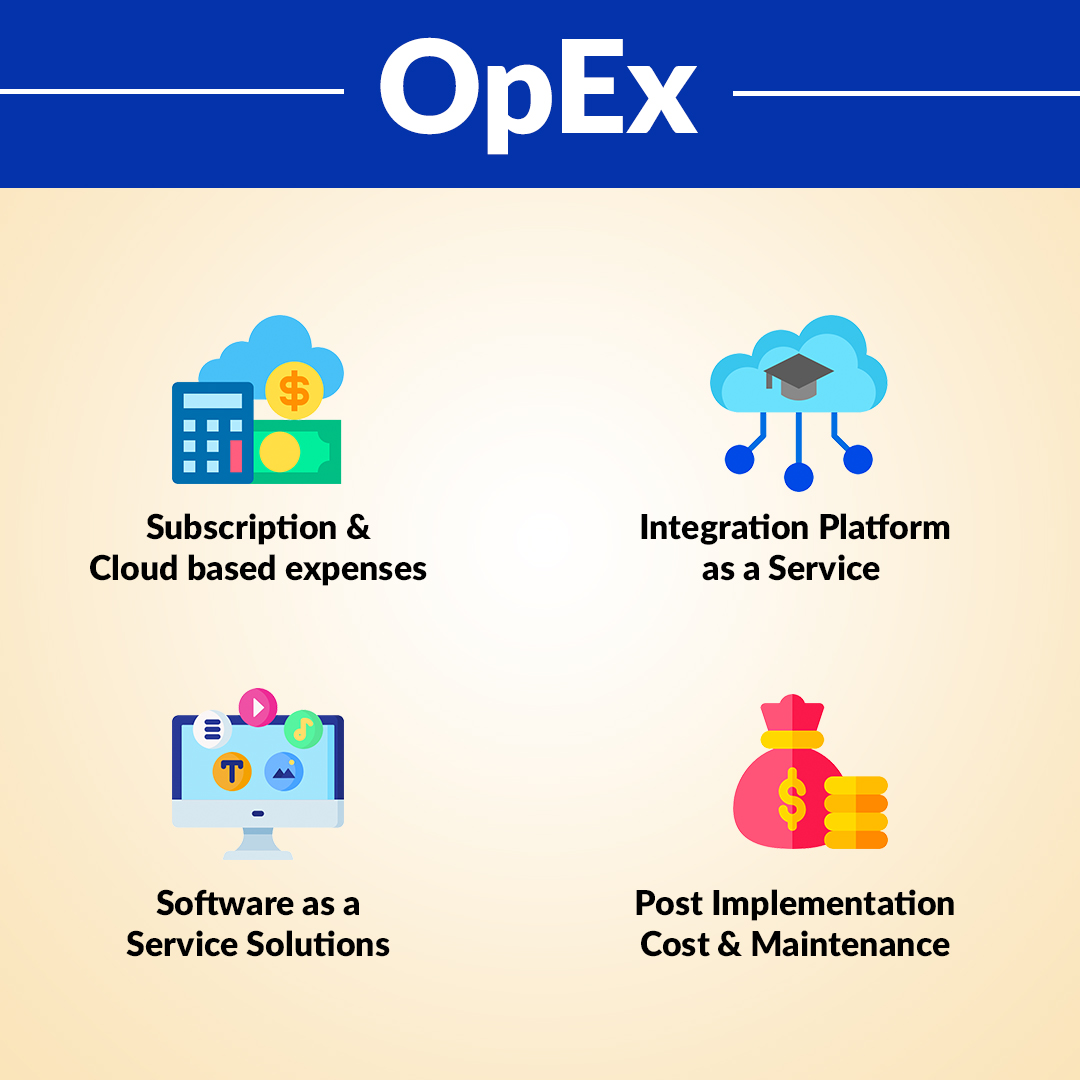 Cloud infrastructure hosting and management services such as AWS and Azure are said to be expensive by any market standard, especially when compared to the OpEx related to setting up a dedicated server. Cloud provider services have not become expensive all of a sudden as the world moved from bare-metal servers to cloud infrastructure, it has been a gradual rise over several iterations.

There was a gradual evolution in bandwidth pricing as online traffic and with it, the world's bandwidth requirements kept on expanding. As per the research carried out by Hivelocity, AWS bandwidth expenses are high within reason.

Using the AWS EC2 Calculator, the research showed that if an organization's online operations need 10 TB of bandwidth or more, there is likely to be an expenditure of $600 more every month, or $7,000 more annually than a dedicated server. While a considerable portion of these fees constitutes the cost of running instances, a lot of it goes into unreasonable data transfer charges with no real basis.

When Dropbox announced in February 2018 that it would be going public in a few months, it first made its previous year's financial report public. The report revealed that the file hosting and business cloud storage company made several cutbacks on its OpEx that seemed nearly impossible to be achieved within the specified timeframe.

The secret to the great OpEx savings was a rollback of dependence on AWS. In the first two years after migrating a vast majority of its data from AWS to its own dedicated infrastructure, Dropbox's OpEx dropped by a sizable $75 million. Formerly, about half a billion people who stored their files on Dropbox really had Amazon hosting their files on its own servers.

When it was a startup, Dropbox could not afford to build its own infrastructure and cloud system, which is essentially what a cloud storage company is all about. AWS was their go-to solution in their initial years because while the expenses associated were high, the three pillars of flexibility, reliability, and scalability were assured by the cloud provider. But how did Dropbox transition from this dependence to building its own cloud infrastructure from the ground up?

The method adopted by Dropbox to drastically cut down its OpEx is an example of how a dedicated server can save an enterprise a lot of financial overhead. Even a few thousand dollars saved by learning from Dropbox's example goes a long way for a small or medium-sized IT services organization, and an overwhelming majority of the IT industry consists of such establishments.

Dropbox still leverages some remnants of AWS's capabilities, even though about 90% of its data and storage has moved in-house. The firm is now functioning in a multi-cloud setup so that it can reach markets where Amazon's wider reach can help the propagation of its file-sharing services.

As the company planned to work on its expansion on the road to finally making its public offering, it needed to reduce its operational overhead to channel money into more productive avenues. So, a shift from the AWS cloud was necessary to cut down some OpEx so that resources could be aligned to facilitate their infrastructure optimization project.

After coming away from AWS, Dropbox set up three colocation data centers in California, Virginia, and Texas for managing much of its active user base. Additionally, the firm also offloaded those users that had not been using their services for over six months. This further helped reduce storage requirements for the user data. Further, the roadmap it followed, involved these savings:

Why Cloud Providers Work For Most Businesses

While the migration worked out just fine for Dropbox, not all IT businesses can go this route and hope to excel in their respective domain. This is because AWS delivers much more in terms of value addition to an IT firm's infrastructural needs and worldwide reach which pales in comparison to the operational overhead that comes with it.

Organizations may establish and grow their businesses with the flexibility, dependability, and access provided by cloud providers. The reason Dropbox's decision created such a stir was that it was the first occasion of a significant corporation deserting AWS, even though every cloud vendor still presses that the cloud is key to effective expansion.

For a lot of companies, moving abruptly away from cloud providers to set up their own infrastructure is not the most feasible option. They would rather benefit from a more nuanced approach. They could choose a certain number of their services in-house while relying on cloud providers to take care of much of the functional overhead. Netflix exemplifies this, having developed its own infrastructure for faster content zipping when a customer searches for it, while still relying on AWS for storage needs.

Leverage The Right Cloud Provider For Your Digital Transformation

Over the last few decades, cloud computing has grown to be crucial to business success. If businesses work with a reputable managed cloud service provider, they can achieve both IT-related services and corporate objectives.

Daffodil Software is your finest option if you're looking for a solid business plan to keep you a step ahead of the competition in the market for IT services. Explore Daffodil's Managed Cloud Services to find out how you can improve the cloud infrastructure for your business.

What is Site Reliability Engineering and Why is it Important in IT infrastructure?

What is Bad CRM Data and Why Should We Enrich it?