Why Ruby on Rails is a Preferred Choice for Software Development?

In the fast-paced and extremely demanding software development world, frameworks are like a magic bullet for the developers. They help in improving developer’s efficiency, reduce time-to-market, and improve application scalability. One such proficient framework is Rails, based on Ruby.

Ruby on Rails (RoR) is a web application framework, written in Ruby programming language. It was created by a Danish hacker- David Heinemeier Hansson, during the development of an online project collaboration tool, Basecamp. The framework was publically available in 2004 and it has grown exponentially over the years.

Ruby is one of the most popular programming languages amongst the developer’s community and the same goes for the framework based on it (according to Stack Overflow).

What makes Ruby on Rails a perfect framework for software development? Well, several factors are contributing to making RoR a comprehensive solution to building versatile & scalable applications. Some of them include:

1. Convention Over Configuration: Ease at Development

This eliminates the need for additional software configuration files, thereby accelerating the software development cycle and maintain code consistency. Ruby on Rails, Javabeans, CakePHP are some of the frameworks that use this development approach.

Ruby on Rails has an extensive library that allows developers to speed up the software engineering cycle. These small software packages called "gems" enable developers to extend the application’s functionality without having to write lines of code for it. The RoR community continuously adds new GEMS to the library regularly. Such flexibility during development significantly reduces the time-to-market of an application.

Ruby on Rails (RoR) is one of the most efficient frameworks for building database-backed web applications. If we take a look at some of the most popular web apps that are built using RoR- AirBnB, GitHub, Shopify, Basecamp, SoundCloud, etc., it can be claimed that RoR is a relevant choice for building database-backed, scalable, and versatile web applications.

Besides, Ruby on Rails can also be adopted for API development, which makes it a one-stop solution for building a complete software application.

Ruby on Rails Rails has an option for integrated testing that keeps a check on the quality and authenticity of code as the developer writes it. When a Rails project is created, a test directory is automatically created. By default, Rails has three different environments- development, production, and test. When using the test mode, the developers can either test the entire code at once using the bin/rails test command or can run a single test file bypassing the file name.

Ruby on Rails Framework: What Sets it Apart?

While we have several javascript-based frameworks out there, what sets Ruby on Rails apart and makes it a considerable choice for web app development is its ability to deal with backend components.

Javascript frameworks define and control the frontend aspects of website and web app development. The components which the users see and interact with are at the browser end only. While in the case of Ruby on Rails, the websites and web apps request and fetch data from the databases, i.e. they are a suitable choice for backend development.

Application Development with RoR: Getting Started

There are certainly several reasons to choose Ruby on Rails for web development. While the above mentioned are only a few of them, our tech experts can let you understand the true potential of this technology, depending upon your business type or the project idea. You can schedule a 30-minute free consultation with them to discuss the business idea and the value that this framework could add to your project.

On the other hand, if you have decided to use RoR in your next development project and plan to hire Ruby on Rails (RoR) developers, then we can make it easy for you. At Daffodil, we have dedicated developers who can help you bring the most out of the underlying technology to give your project a boost.

The Rise of Telemedicine Amid Coronavirus Outbreak 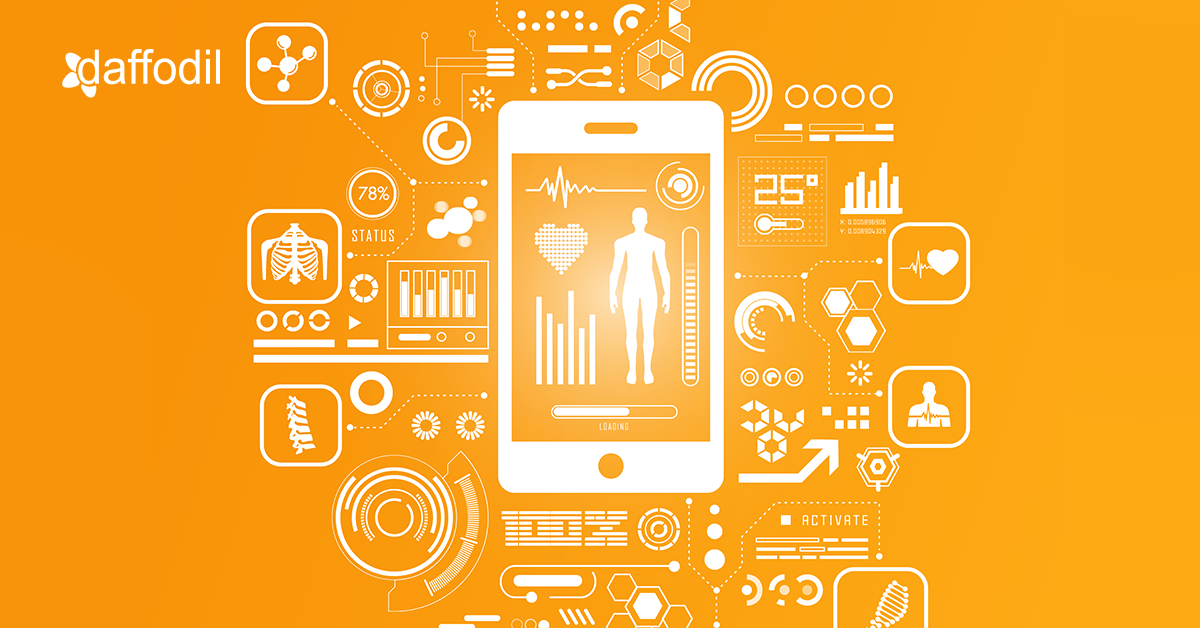 [eBook] Expanding your Patient Base without Breaking the Bank